Lessons Learned From Entrepreneurship With Kara Goldin of Hint, Inc. 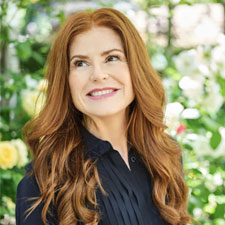 Kara Goldin is the Founder and CEO of Hint, Inc., best known for Hint water, the leading unsweetened flavored water. She has been named Fortune’s Most Powerful Women Entrepreneurs, Fortune’s Most Innovative Women in Food & Drink, and EY Entrepreneur of the Year for Northern California, among many other accolades.

Kara has experience running large companies and startups in many industries including media, tech, and consumer products. As an active speaker and writer, Kara hosts the podcast The Kara Goldin Show, where she interviews founders, entrepreneurs, and other business people across various industries. Her first book, Undaunted, was published in October 2020 and is now a Wall Street Journal and Amazon best-seller.

Entrepreneurs are faced with many hardships and challenges, and success often appears unattainable. So, how can you overcome doubts about your progress and work toward your goals?

Accomplished entrepreneur Kara Goldin affirms that persistence and perseverance will help you overcome pitfalls and maintain a positive mindset. Instead of focusing solely on each long-term goal, entrepreneurs should shift their attention to the progress made and lessons learned along the way. And with a team of determined people, you can develop a method for accomplishing your goals.

In this episode of the eCommerce Profits Podcast, Joshua Chin has a conversation with Kara Goldin, Founder and CEO of Hint, Inc., about acquiring the skills to excel in entrepreneurship. Kara shares what she learned about business from her first job at a toy store, her advice for entrepreneurial success, and how to find knowledgeable influences.

Resources mentioned in this episode

Welcome to the eCommerce Profits Podcast where we feature top founders and experts in the ecommerce Industry and take an in depth look at their struggles and successes and growing e commerce brands profitably.

Josh Chin here I’m the host of the eCommerce Profits Podcast where we feature top experts and entrepreneurs in the ecommerce Industry. And we go behind the scenes of the struggles and successes in growing a brand. Now this episode is brought to you by Chronos Agency if you run a direct to consumer ecommerce brand that is ready for next level scale and to double your customer lifetime value through lifecycle marketing Chronos is your company we’ve helped hundreds of brands scale profits with email, SMS and mobile push while getting getting an average of 30 500% ROI from our efforts. We’ve worked with brands like truly beauty alive skin, Dr. Livengood and many more. Now the next step is to email us at [email protected] or you can go to chronos.agency to learn more. Today’s guest is someone really really special. Kara Goldin is the founder and CEO of Hint, Inc. Best known for its award winning Hint water. I actually have a ball of it right here, the leading unsweetened flavored water. She has received numerous accolades including being named EY Entrepreneur of the Year 2017, Northern California, and one of in styles 2019 data’s 50 previously Kara was VP of shopping partnerships at America Online, more commonly known as AOL. She hosts the podcast The Kara Goldin Show her first book, Undaunted, overcoming delts. And Delta’s was released in October, just last year in 2020. And is now a Wall Street Journal, and Amazon Best Seller, Kara lives in the Bay Area with her family. Kara, welcome to the show.

Thank you. Thanks for having me.

Now, let’s, let’s dive straight into it. My, you know, my first I guess the first time we met or that I met you was when you were on stage back in Boston at Clay vo boss, I believe 2019. Yeah, that’s right. Like that event isn’t incredible. You talked about your story and how you came to be an entrepreneur. And I think you had you have a really unique path that you took that isn’t isn’t exactly conventional. And you’re definitely not conventional, nothing about you is conventional. So tell me a little bit about your first job as a buyer for a toy store written in the book. Well, how has that shaped you and who you are today as an entrepreneur?

Oh, thank you. Well, it’s it’s so funny. I actually got my first job when I was 14 years old. I was the last five kids and my brothers and sisters, you know, all older all had jobs and little jobs and income. And I wanted that. And so I walked into a local toy store. And, of course, a kid myself and the, the woman who owned the toy store said to me, would you ever want a job here? And I said, Sure, right. I’m 14 years old. And she said, Would you like to do the cash register? What 14 year old doesn’t want to do the cash register? Right? I’m thinking money. I mean, it’ll be a lot of fun. And so initially, I started just doing it on Sundays. And then that was an after school job, it was pretty great. What I didn’t know going into it was that I would learn so much around business. And I started to for example, I would have people come in, and I would recommend, they would say I have a nephew that is 14 years old, and I need to get him a gift. What should I get him? And so I would have two or three things on the top of my, on the tip of my tongue that I would say, Okay, go get that go get Legos, right. And this is the Lego set that you should get them. And what I realized was that I was kind of saying the same thing over and over again, and it was pretty successful. So that part was great. But then my boss said to me, don’t push that product so much because the margins aren’t as high. And I thought, Gosh, that, you know, I didn’t really I mean, I knew what margins were, but I didn’t really understand it. And so I said can you explain a little bit more to me? And so she told me about the different margins and different categories. And so then obviously I looked for other categories that had higher margins. I remember going home for dinner that day and saying to my parents, gosh, I learned so much about margins today. And they said margins. And I explained everything about these different categories. And you know, it’s so funny, because I think there’s a lot of stories and in just in that little story there, when, first of all, when you actually aren’t afraid to show what you don’t know, right? You you kind of show your authentic self self, your vulnerability. I mean, that’s when you’ll be able to learn a lot more, right. Obviously, I knew what the term margin was, but just actually sharing with them that I didn’t really understand what the context was of margins and how it related. And, you know, that’s something that I think back on, even in running my own business today that obviously, there’s different ways to do business, there’s ecommerce and direct to consumer. There’s also, you know, dealing with retailers and different types of retailers, whether it’s specialty retail, or Costco, I mean, very, very different margins. So it all went back to that little toy store story.

You have, kind of as I sew, kind of throughout the book and kind of your journey, a common theme has been persistence and perseverance. And that also landed you your job at Time Magazine. Interestingly, tell us about that story, and kind of helped persistence remain a theme throughout.

Breaking the Glass Ceiling With Stormy Simon of Mother Ruggers

Building a Successful eCommerce Brand With Andrew Sabbatino of PowerHouse