The Power of People Management and Processes with Colleen Taylor, Chief Operating Officer of BOOM! by Cindy Joseph 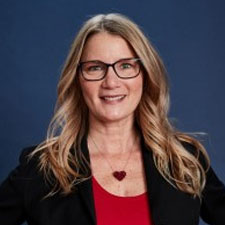 Colleen Taylor is the Chief Operating Officer at BOOM! by Cindy Joseph, the first pro-age cosmetic and skin care line for women of every generation. Colleen and her team are responsible for over $30 million in revenue in 2020 alone. She is also the creator of the Smart Project Management training course at SmartMarketer.com, where she helps project managers scale their businesses. Outside of work, Colleen is an avid snowboarder who has been practicing the sport since 1987.

What is the most critical factor for scaling ecommerce brands—or any business for that matter? According to today’s guest, Colleen Taylor, it all comes down to great people management and seamless processes.

When Colleen joined BOOM! By Cindy Joseph, the company was already experiencing success thanks to the team’s hard work and excitement. However, they were struggling to catch up with the demands of a growing brand and multiple product launches. This is where Colleen came in to help. Using her people and product management skills, she implemented the organized systems and processes necessary to scale the company to tens of millions of dollars in revenue. So, what are the strategies behind Colleen’s success?

Listen to this episode of the eCommerce Profits Podcast as Joshua Chin chats with Colleen Taylor, the Chief Operating Officer at BOOM! by Cindy Joseph, about the power of people management and processes. Colleen shares decades of wisdom in one value-packed episode—including the lessons she learned from her time working at Smart Marketer and her strategies for successful leadership. Stay tuned for more!

Our team of passionate email marketing experts have helped hundreds of brands generate over $70 million in return from email alone, and our clients receive an average of 3500% ROI from our efforts.

Welcome to the eCommerce Profits Podcast where we feature top founders and experts in the e commerce industry and take an in depth look at their struggles and successes in growing e commerce brands profitably.

Josh Chin here, I’m the host of the eCommerce Profits Podcast where we feature top experts in the e commerce industry. And we go behind the scenes of the struggles and successes in growing a brand. Now this episode is brought to you by Chronos Agency. If you’re a direct to consumer ecommerce brand that is ready for next level growth and to unlock the optimal lifetime value of your customers through email marketing, Chronos is your company. Now we’ve helped over 100 300 brands get over $17 million in return from email alone, and our clients get an average of 3500% ROI from our efforts. We’ve worked with brands like Truly Beauty, The Udi, The Beard Struggle, and many more. So the next step is to email us at [email protected], you can go to Chronos.Agency to learn more. And today’s guests I have with me, Colleen Taylor, is the Chief Operating Officer at BOOM! by Cindy Joseph along with her team, she’s responsible for over $30 million in revenue in 2020 alone. She’s also the Co-author of Smart Project Management at SmartMarketer.com, go check that out SmartMarketer.com. She’s also a snowboarder, and has been the snowboard since the year 1987. Was it Colleen?

I mean, that does not mean I’m super skilled at it. I’m good. But yeah, I’ve just been doing it for a really long time.

You know, there’s a thing that I say I believe that every every high performer has an obsession over something at every point in their lives. And in every interview that I conduct I always have. I always include this question like what are you currently obsessed about? If that person says I’m not obsessed about anything? That’s typically a bad sign? To me at least. That’s gonna be my first question to you, Colleen. So, do you agree with that statement?

Yeah, I definitely think that and I am obsessed with something which I will really reveal to you. It may seem odd to you, but I don’t know. Um, but yeah, I agree with the statement as far as I think that, you know, high achievers really, like we just we, when we get into something we get into it, we get into a deep we get into it. Why? You know, we just want to know everything about it. And yeah, so my current obsession is it’s called Washi. So it’s Japanese papers. Oh, man, it’s Japanese paper. So it’s it’s handmade. It’s made out of made out of rice. You know, like a rice paper and then it’s hand silk screened with multiple layers of it’s like a handcrafted, the most beautiful, tactile, you know, just delicious. I don’t know how to describe it. But just the most amazing artisans that make this paper and I happen to make I have like a little just a little side hustle. I make a little stationery like little cards and greeting cards and blank cards and things just kind of give out to friends as gifts. And right now the paper that I am obsessed with hashtag paper obsessed. Is this Japanese Washi paper. Yeah, I’m into it. I’m into it.

That is so cool. That’s so cool. And for those for those who don’t really know who you are in your background, can you give us a quick brief kind of run through of your career up to this point? I know it’s a it’s a lot and you’ve worked with some incredible people including Ezra Firestone currently shout out to Ezra and SmartMarketer.com. And so yeah, give us a quick intro of who Colleen Taylor is.

And are you still in contact with with Eben?

I mean, I on just Facebook, I see him here and there comment on things. The last time I saw him was at an event called Genius Network with Joe Polish. It’s Joe Polish’s. Yeah. It’s his event. And it was in Arizona, I want to say it was like, I was already working full time with Ezra. So it wasn’t that long ago, I want to say two or three years ago, and Eben was there and I got to see him. And so yeah, I mean, you know, we know each other very well, but I don’t really keep in close contact with them. But yeah, so I worked there till 2013. And then I you know, I was just ready to move on ready to take my knowledge, I felt like I had learned so much. I want to go you know, and and bring it somewhere else and see what else I can do. And I went to work for Ryan Deiss. And Perry Belcher and, you know, the the guise of DigitalMarketer. So Roland Frasier,

Yeah, nice. Yeah, DigitalMarketer. And I didn’t work there for a long time, maybe about six months or so. But this was like, pivotal in where, you know, in my career, and really where I’m at right now, I owe a lot of it to DigitalMarketer, and of course, Eben, but I, you know, and, by the way, a little side story here. I thought, I know, everybody, you know, I know so many people in the industry, because working with Evan and but when I was ready to kind of like look for something else. You know, I was like, I’ll just put my feelers out when I’m ready. So I had told my husband like, kind of, you know, I think I’m ready to like move to the next stage of my career. I think I’m going to start looking around and he said, Oh, my friend. Again, we live in San Diego. He said, Oh, my friend, Roland. I was telling him about you and that you work for Eben Pagan. He was like, Oh, I must meet your wife right away. And then it’s like legendary in you know, in this industry. And so my husband said, my friend Roland wants you to meet them for coffee. So I went and met Roland Frasier for coffee in Sydney. Wow. And I didn’t know I knew who Ryan Deiss was. And Perry Belcher because they were sort of like the, the outward facing now of course, Roland is like, you know, he’s, he’s customer for he’s out out there on stages and all that but at the time, he was not he was kind of like the, I’ll say the silent genius behind, you know, what was going on at DigitalMarketer. And so I didn’t know who Roland Frasier was, I just knew my husband knew him. So I went and had coffee with Roland one day and you know, you know, we Talk about what I did for Eben. And he said, you know, why don’t you come and do that for my company? And I was like, I mean, sure, I’m entertaining ideas like, you know, I’m definitely looking to go, you know, move on. And I said, so what is your company? And he’s like, Oh, well, I’m with DigitalMarketer, you know, Ryan Deiss. And Perry Belcher, and all of a sudden, I went from like, you know, oh, cool, meeting this guy role into like, Oh, my gosh, like, your DigitalMarketer? You know, I was, I was a little bit starstruck, I have to say, and, you know, Roland is an amazing person and basically said, Come on down, you know, come on down to Austin, we’ll do a little interview. And, you know, basically, I think this will work out. So I did go down to Austin, I met with Ryan and Richard and Perry and Roland. And essentially, they hired me. And at that time, they were all in an office, I think they might say, I’m not sure with COVID what’s happening with their office situation, but I was used to eight years of working from my house with Eben, like, I never there was never any office to go into or anything. So I was like, Okay, I will, you know, I will go to the office, but like, I’m not moving to Austin, Texas, like I will. I’ll go there to meet everybody. And then I’m going to work from home. Is that cool? And they were like, yeah, yeah, in fact, we’re moving into potentially, you know, having virtual workers anyway. So like, that’ll be great. We’ll see how it works. And, you know, I think because they were still at the beginning stages of, of evolving their business into a virtual or even like, a part time virtual. They were used to

have a remote kind of thing. Yeah. 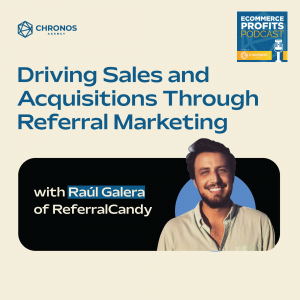