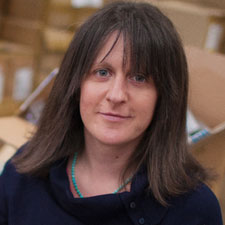 Chloë Thomas is a globally recognized ecommerce marketing problem solver and Founder of the eCommerce MasterPlan. She’s the author of several best-selling books, an international keynote speaker, advisor to ecommerce brands, and hosts both the award-winning eCommerce MasterPlan Podcast and the Keep Optimizing Marketing Podcast.

Chloë has been named one of the top 30 ecommerce influencers in 2021, and her podcasts are regularly included in the list of top ecommerce and marketing podcasts worldwide. She has been in the ecommerce space since 2003, and she has been on the client-side, agency-side, and advisor side.

Over the years, Chloë has helped countless retailers and brands, both large and small, and there’s barely a part of the ecommerce landscape that she has not experienced.

If there’s one lesson the COVID-19 pandemic has taught us, it is that we all have a role to play in the safety of our planet. And yes, ecommerce businesses are no exception because it’s an industry that generates a lot of carbon. Unfortunately, many ecommerce brands struggle with merging their profit-first business models with doing their part to promote sustainability.

Are you one of those ecommerce brands, and would you like to fulfill your desire to promote sustainability in any way possible? How do you communicate your journey to net-zero, especially when your primary customers are the younger generation?

This episode is brought to you by the eCommerce Growth Hackers Facebook Group.

If you own or operate a direct-to-consumer ecommerce business, you’re probably drowning in the sea of conflicting advice from people who have never been in your shoes.

So, skip the noise and join the eCommerce Growth Hackers Private Facebook Group. Learn from a curated group of ecommerce founders and operators and tap into the genius of featured specialists on ecommerce growth and marketing.

And the best part, it’s free — at least for now.

All right, welcome, everyone. Josh Chin here, I’m the Host of the eCommerce Profits Podcast where we feature top experts and entrepreneurs in the ecommerce industry, and go behind the scenes of the struggles and successes in growing a brand. Now this episode is brought to you by the eCommerce Growth Hackers Facebook Group. If you own or operate a direct to consumer ecommerce business, you’re probably drowning in a sea of conflicting advice and info from people who may or may not even have been in your shoes. So skip the noise, join the eCommerce Growth Hackers Private Facebook Group. Learn from a curated group of ecommerce founders and operators and tap into the genius of featured specialists on ecommerce growth and marketing. And the best part is, it’s all free, at least for now. So check out a group on Facebook that’s facebook.com forward slash groups forward slash ecommerce growth hackers with a Z at the end. The link is also in the description of this episode. I’ll see you guys on the inside. Today’s guest is Chloë Thomas. She is a globally recognized ecommerce marketing problem solver, a longtime marketer. She’s also an author of several best selling books, an international keynote speaker advisor to ecommerce brands and hosts of both the award winning eCommerce MasterPlan Podcast and the Keep Optimizing Marketing Podcast. And Chloë has been named one of the top 30 ecommerce influencers in 2021. And her podcasts are regularly including the lists of top ecommerce and marketing podcasts in the world. And she has been in the space since 2003 2003. She has been on the client side, agency side and advisor side all over the place. And over the years, she’s helped a countless number of retailers and brands both large and small. And there’s barely a part of the econ landscape that she has not experienced. Chloë, thank you so much for coming on to the show.

It’s fantastic to be here. I feel quite tired actually listening to that list of things I’ve done. So oh, well, I feel quite tired. But it’s it is 18 years. Yeah, it’s amazing what I’ve been allowed to do. And the experience I’ve got, I often say I feel like I’ve been a kid in a candy shop for 18 years, it’s been it’s been a real, a real honor actually to do it be allowed to do the stuff people are letting me do.

It feels like it’s been 18 18 years, and it feels like your passion has. It hasn’t gone away. And it’s it’s hard to imagine doing a being in the industry for 18 years and seeing things come and go for so long and still maintaining that level of energy and passion that you have. What’s your secret?

There’s always something new. I mean, you know, I have been I have dabbled with different business models over the years, you know, I ran an agency for 10 years. So that was doing ecommerce for other people. But you’ve got the interest of learning how to do an agency, I now almost entirely a podcaster. So I’ve spent time learning how to do that, well how to market podcasts, I’ve done lead gen stuff and tried to sell courses in the past something I am awful at. But, you know, there’s always there’s always something interesting to learn in the business model that I’m running. And then in ecommerce, it’s it’s just, I often talk to people on the podcast, who I say, you know, my first question is usually how did you get into ecommerce? And nine times out of 10? I say no, not at least half of them. Were doing something else then accidentally got a job in ecommerce. Right? And just were like, I fallen in love I have never leaving, you know? Because it’s the it’s pretty much the only space probably awesome travel, where you do your marketing. And you almost immediately see the financial impact of that, you know, lead gen engagement, a great there’s a place for them, but give me cold hard cash. It’s so much more fulfilling, so much more exciting. And there are just endless new things coming in, you know, when I started, it was email affiliates, Google ads, and whatever. Yahoo ads or bing ads were called at the time they weren’t even killed that social media basically didn’t exist. Certainly not the ad side of it. You know, we’ve talked about doing well campaign’s not email marketing, but it was kind of like a massive brief and then five grand to set it up. So, you know, it’s amazing things have changed over the years, you know, if you could get a website built for less than 30 grand you were doing well back when I started. And now you can set one up for free. So there’s, there’s been a lot to stay excited about over the last couple of decades.

That makes sense. And it’s, it’s, you know, for someone who’s been in the space for less than five years, it just experiencing the change that has occurred over the past five years, is already pretty challenging and daunting on its own. It’s, it’s a lot. But to imagine things going from what it used to be in 2003, to what it is today, and having to adapt every single quarter and every single year. It’s incredible. Let me take us to the start. And I’m really curious about this because I was looking at your LinkedIn profile. And you are an Oxford grad. Hi, yeah, yes. Yes. study history of all things.

Tell me that story. Why history and how he, how he ended up in, in marketing out of all thanks for saying history. And that was your first job as well.

Yeah. So I, I quite arrogantly decided if I could get into Oxford, I was going to study what I wanted as an intelligent person, I should be able to study whatever I wanted, rather than something practical. And I thoroughly enjoyed history. So I went talk. Yeah, and I, I’m pretty certain I got in on the state school quota at the time, you know, cuz they were trying to get less private, you know, less eaten people and more comprehensive people, poor people, people, for those listening, not in the UK. There’s a very, very basic broadness on it. And I got in, I spent most of my three years there drinking, rowing, ready, the newspaper, having a whale of a time, but did learn quite a lot of history and learn a lot of skills I still use today, in the Oxford history program, you you have to do a 2000 word essay on a topic that you probably knew nothing about two weeks ago, every week, over the course of eight weeks is an eight week term. And then on some of the terms, you have to do another three essays on top of that. So some weeks you’re doing two. And so you, for example, one of my terms, I was doing 1700s and weeks, one, two, and three were the French Revolution, which I knew nothing about when I started. So three weeks into it, I’d written 6000 words on the French Revolution, and being quizzed by an expert on the French Revolution about it. And then the next month was Japan, the month after that was China. I can’t even whoo and after that, so it’s it’s intense, but it’s it’s actually going finding the information distilling it down and writing about it is what I do every day. So in some ways, I’m an ecommerce historian, just a very recent past historian, I suppose. And I look at the future now as well. So that’s, that’s what was the history bit sorry, you were mainly asked me about what I what I how I ended up in marketing. So I decided I wanted to earn some money. This is back when internships paid really good money to students. So I was applying for an internship that between my second and third year of my degree, and basically you could go into finance, HR, risk, and a few other things. And they all sounded dull, quite frankly, a marketing sounded more interesting, or it’s what the least bad of the options were either go for marketing, and applied to quite a lot of marketing internships. Got the one with Barclays Bank, had an amazing 10 weeks, none of us wanted to work for the bank, internship program, we had a whale of a time, it was a lot of fun. And but I did learn quite a bit. Then, after that summer, we all kind of left the internship going, I’m never working for the bank again. But it was a choice of finals or apply for something else. boxted offered me a job. So I ended up working Barclays. And that’s, that’s how I was in marketing. And I ended up in ecommerce because I was trying to escape Barclays. And the first marketing job I got was in retail. So lots of accidents in my career path, but very happy accidents.

And you flourished where you’re wherever you you you end up and you kind of flourished and did really really well. And at the your head of ecommerce at a very young age. is I have you done right?

How NOT to Run an eCommerce Business With Greg Howlett, CEO of Cobblestone Trade

The Truth About SEO for eCommerce Brands With Kevin Miller, CEO of GR0

What Next For eCommerce? With Andrew Youderian, Founder eCommerceFuel 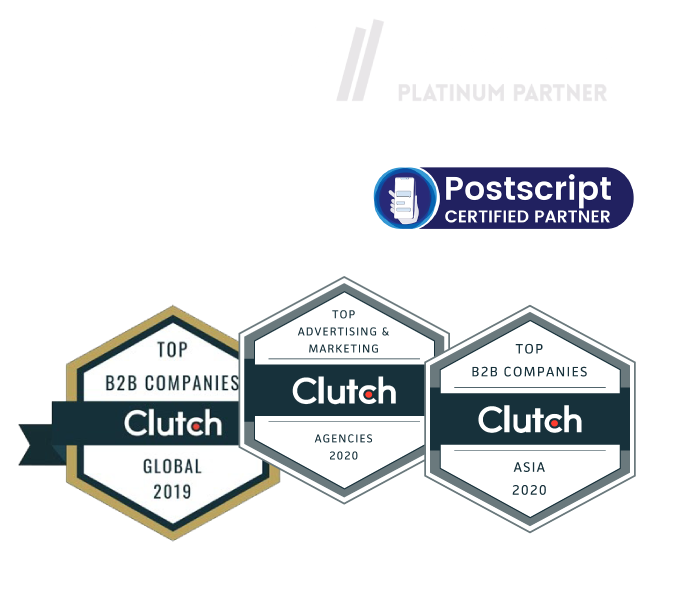